How can robots help people living with spinal cord injuries? 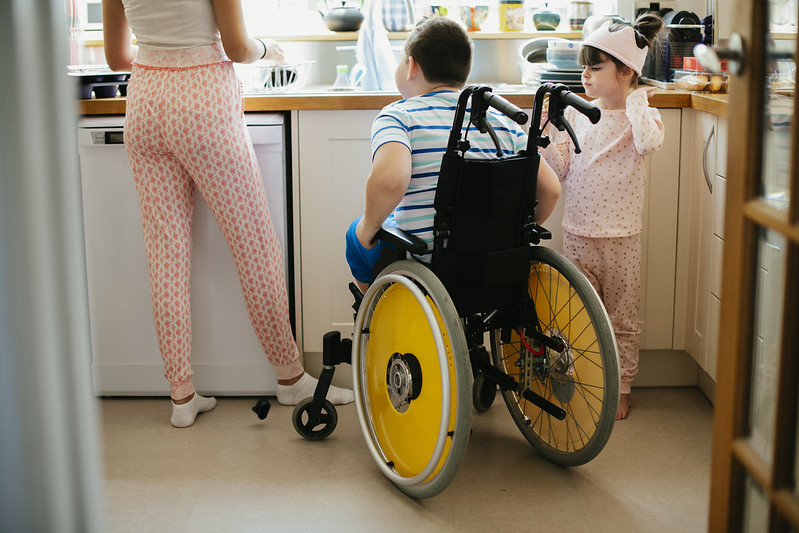 A•kin is creating robots for NASA's Jet Propulsion Laboratory and through talking to people living with spinal cord injuries we've discovered that our robots can be adapted so they are useful home helpers too.

What we’ve heard is that people living with spinal cord injury would like robots to pick items up off the floor, move light objects out of the way, retrieve items from high shelves and fetch cups of tea, coffee and water. We’ve also had requests for the robots to monitor posture, when the person is in their wheelchair or in bed and also monitor physiological state, such as checking on the person’s blood pressure. When the robot is equipped with an AI brain, people would also like it to update clinical checklists, such as for autonomic dysreflexia (potentially life-threatening hypertension); help with meal planning, including shopping lists; organise support workers and give alerts and reminders. Mediated interaction with a smart home, via the AI brain, is also high on the list.

The helper robot we are building has a robotic arm that is able to fulfil the tasks that have been requested of us: picking up items from the floor, moving objects aside and retrieving items from shelves, as well as fetching and carrying. It has in-built storage trays that automatically slide out. The top-most tray has slots to secure objects such as cups. The bottom tray is effectively a storage box and can be used to transport items such as laptops or medication around the house.

Others have come before us. The Baxter robot, made by Rethink Robotics, was designed to be an industrial robot but found its greatest purpose when its makers gave scientists access to an open-source SDK. Researchers at the Rensselaer Polytechnic Institute in New York used Baxter for a number of projects including Baxter-on-Wheels and Jamster, both of which would allow a mobility-impaired person to control the robot, while it performed tasks such as moving items around. Baxter was also used by researchers at Carnegie Mellon University to help blind and partially sighted people in public spaces such as train stations.

A number of car companies are now experimenting with how they can help customers with mobility issues. Toyota’s Human Support Robot is described as a robot ‘butler’ that can help around the home moving objects, opening curtains and also suctioning up ‘thin’ items. Hyundai have their walking car, known as Elevate. It’s an electric car with robotic legs. One of their use cases is providing wheelchair users with a car that comes to them, right to the door of their building.

A•kin’s core mission is to improve peoples’ lives. Our helper robots, built for JPL, will also find a purpose in giving people, who live with spinal cord injuries, independence.