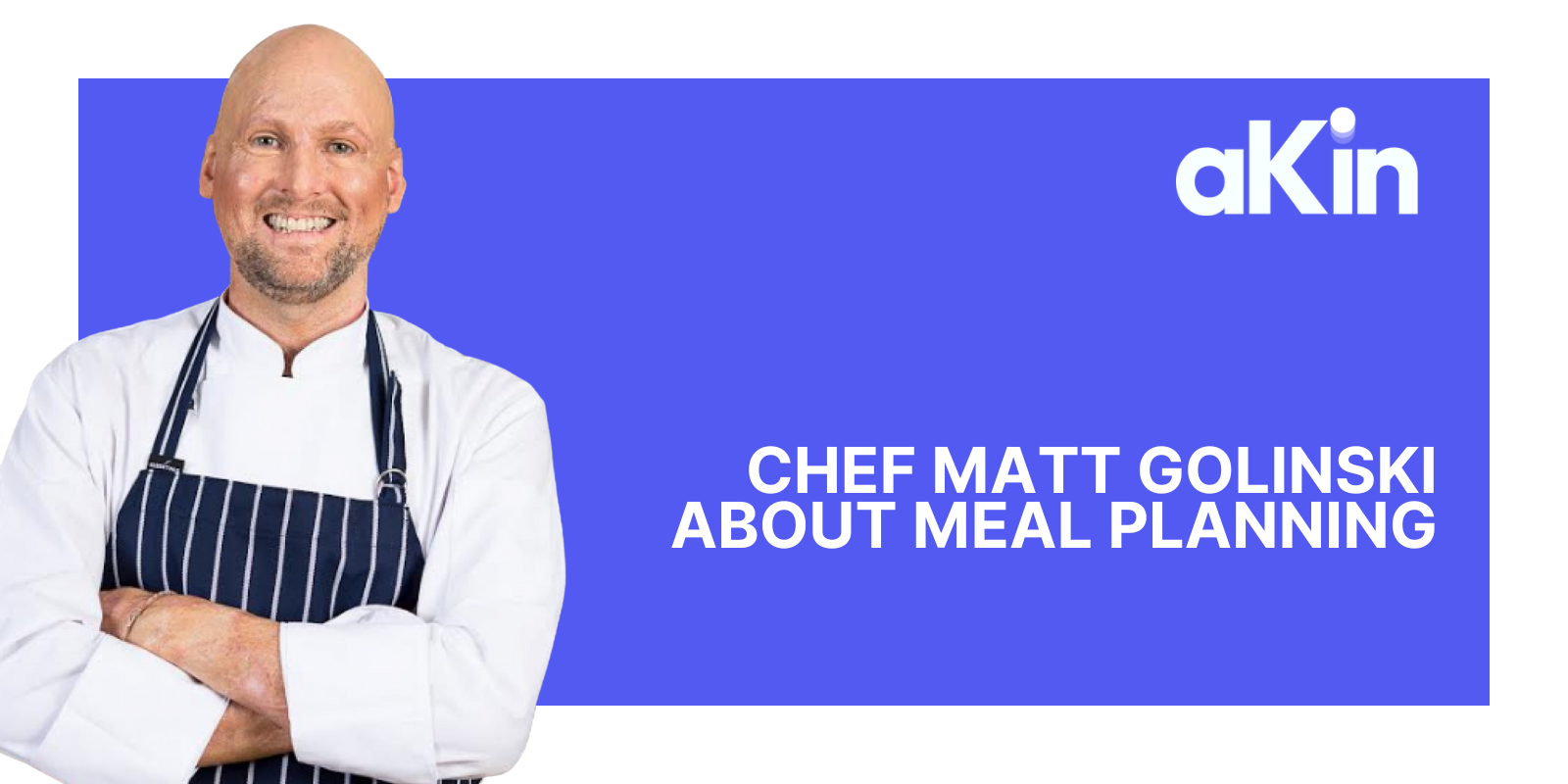 Matt Golinski is an Australian chef based on Queensland’s Sunshine Coast, best known as one of the original team members of the popular, long-running TV series, Ready Steady Cook. Matt grew up surrounded by fresh produce on a fruit farm in tropical Queensland – an early influence that went on to shape his cooking career.
‍

In 2011, a house fire tragically took the lives of Matt’s wife Rachael and their three daughters: Sage, Starlia and Willow. The fire left Matt with third degree burns to over 40% of his body, and forced him into a long recovery.

Picking himself up from the tragedy, Matt launched himself back into the culinary world. In 2015, he took up the role of Gympie Region's Food and Culinary Tourism Ambassador, where for six years he applied his knowledge to help promote local growers and their produce. He helped local farmers showcase their produce in regions all over Australia.

In March of 2018, Matt took on the role of Head Chef at Peppers Noosa Resort & Villas’ View Restaurant.

Now, he continues to be a vocal advocate for people living with disabilities, and is currently an ambassador for the KIDS Foundation, a not-for-profit that helps children recovering from injury or burns.

Matt sat down with aKin to talk about the benefits of meal planning, getting organised in the kitchen, and making the most out of what’s in your pantry.‍

aKin: Matt, thank you so much for speaking with us today. What advice can you give people at home wanting to get started on organising a regular, healthy eating plan?

Matt Golinski: It's a pleasure to be here. The first thing I'd say is that cooking as a chef in a restaurant and cooking for myself at home are two very, very different things. (Was something cut out from here?) When I cook for myself at home, I really focus on eating healthy. Whenever I cook for myself and my family I make sure to always have some good staples on hand, like brown rice, and pasta, and tins of tomatoes, and tuna and things like that. If you've got that sort of stuff on hand, you've always got a really decent meal.

The trick to making your life easier is using the least amount of ingredients possible to make a dish. Don't make things too complicated. You should have five or six really good go-to dishes up your sleeve and then get good at them so that you really look forward to cooking them.

I've got basic things I make at home, like spaghetti bolognese, because I've got a four year old, and that's always a winner and it's easy. The good thing about that dish, for example, is you can buy the ingredients to make twice as much as you need and then freeze what you don’t eat and have an instant meal ready for another time. So thinking like that, when I make any sort of stew or a casserole or anything similar, I make twice as much as I actually need so that I've got another meal ready for another time.

Keeping things simple is important, not overstretching yourself, building your skills up slowly and making it a fun thing for the whole family. My daughter sits on the kitchen bench every night when I cook, and she knows how to peel garlic and she'll grab bits of carrot and celery and capsicum and that sort of thing, and that encourages her to eat healthy. She often prefers veggies raw over when they’re actually in a dish.‍

aKin: Do you have any tips about how to minimise food wastage and get the most out of your supermarket shopping?

MG: I think it’s about being aware of having a meal plan before you go to the shops. Thinking to yourself: “OK, on Wednesday I'm going to make such and such”. Then also thinking about freezing items before they go stale to use later. You can freeze old bread and use it later for bread crumbs or croutons. Another example is bananas, which you can freeze and then make them into smoothies or use them for banana cake. I also go through the crisper drawer in the fridge once a week to see how many bits of old veggies I can use up and roll into a stew or casserole or whatever else, rather than throwing it out.‍

Akin: What advice can you give families around getting children and fussy eaters to eat healthier?

MG: An interesting thing that I've seen happen over the years is to get people involved in the actual growing of food. If you've got space to have a garden, whether it's just for herbs or tomatoes, especially when there’s young kids, it can be a great way to get them to enjoy vegetables. A lot of schools are putting in school kitchen gardens, giving kids an opportunity to build a garden and grow things from seeds. I've seen kids ripping radishes and turnips straight out of the dirt and munching on them because they grew them. They’ve demonstrated a respect for it and an understanding of it.

Along the same lines, I found that if I get my daughter involved in the cooking, then she's more likely to eat the end product because she's been part of the preparation process.

There's also tactics like finding ways to hide veggies in meals. A good example is spaghetti bolognese, where you can hide zucchinis and carrots and mushrooms in the sauce. So you're getting all those great nutrients without it being obviously zucchini or carrots or mushrooms or broccoli or whatever it happens to be that your loved ones don't like.‍

aKin: Do you have any advice for people who might not know where to start when it comes to getting involved in the kitchen? How did you get stuck into cooking?‍

MG: I'm a bit of a freak when it comes to cooking. I discovered it when I was probably about eight years old and just fell in love with it. From then on I decided that's what I was going to do with my life. Forty one years later I still enjoy every single day that I get to go to work.

One piece of advice is to get your family involved in helping with the cooking and make it fun. Food is not just sustenance keeping us alive; it's something that we share together; it's something that's a beautiful part of nature; and it's really not that mysterious. The more you understand it, the less scary it becomes. I think the key is to just keep things simple, keep them to just one saucepan or baking tray or whatever it is. Don't overstretch to start off with, just keep it simple.

‍aKin: Which resources do you like to use to find good, easy recipes?

MG: Cookbooks have become a little bit obsolete because of the internet, but I've got a massive bookshelf full of them and I love them because they're tactile and you can sit down with a book and browse and get inspired. But there are certain books that are still relevant and still good resources and one of them is Stephanie Alexander's Cook's Companion. It’s like the Australian Bible of ingredients. It lets you choose an ingredient, it might be pumpkin, and it'll tell you all the different types of pumpkins, all the ingredients that go with pumpkin and 10 recipes that use pumpkin. So if you've got something in the pantry you’d like to cook with, the book can help you sort something out.

aKin develops assistive technology to support people living with a disability to live healthy, happy and independent lives. Our technology comes preloaded on a samsung tablet and includes a meal planner with tons of healthy and easy to make recipes.