What's the link between diet and ASD symptoms? 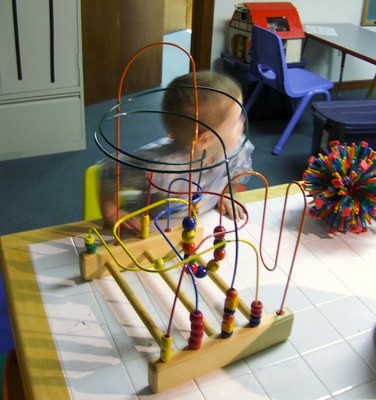 The connection between gut health and Autism Spectrum Disorder (ASD) has been widely studied. Research shows that nine out of 10 people with ASD experience gastrointestinal (GI) problems, and that symptoms very often improve when eating habits change. There’s reams of information available about elimination diets and eating protocols for people with ASD. While it’s a boon to have so much information at our fingertips, it can be overwhelming to try to digest everything that’s out there. In line with a•kin’s mission to make life easier for people living with disabilities and their carers, we’ve gone through the science and prepared a top-line summary to give you a solid launchpad from which to start researching your family’s diet choices.

The relationship between digestion and the brain in people with ASD is well studied. The connection was conclusively proven to have a genetic link in 2019 study from Melbourne’s RMIT University, which conclusively demonstrated the gut-brain nervous system link in ASD. “Our findings suggest these gastrointestinal problems may stem from the same mutations in genes that are responsible for brain and behavioural issues in autism,” said the study’s chief investigator. The link seems to have a direct relationship to behaviour, so that treatment of GI issues appears to have positive effects.

Strong inflammation responses in the gut are associated with ASD. A 2018 review of the scientific literature showed that “neuro-inflammation and neuro-immune abnormalities have now been established in ASD as key factors in its development and maintenance.” Inflammation of the gut can cause the gut lining to become permeable, causing leaky gut. Leaky gut is far more common in children with ASD, occurring at 37% versus 5% in neuro-typical people.

An Italian study states it clearly: “The gastrointestinal system has a direct connection with the immune system. ASD-associated gastrointestinal symptoms could be a manifestation of an underlying inflammatory process. Increased intestinal permeability has been associated with ASD (leaky gut hypothesis).” The same study shows the benefits of food elimination diets have on leaky gut: ”Interestingly, autistic subjects on gluten-casein-free diet (GFCF) had significantly lower intestinal permeability than the values of those who were on an unrestricted diet and control subjects.” A Dutch university review study looking at the available research cautiously found “promising results” from diet interventions. Autistic people with GI issues who didn’t eat foods with casein or gluten had a healthier gut.

Eliminating gluten and casein helps treat a leaky gut, which in turn helps manage inflammation levels. So what do we know about gluten, casein and their effects on digestive health?

Casein is a protein found in milk and all dairy products. Dairy is considered one of the most pro-inflammatory foods in the modern Western diet. In fact, studies show around 75% of people lose the ability to digest lactose, the principal protein in dairy, once they hit adulthood. Dairy is particularly problematic for people with compromised digestive systems. But do the benefits of eliminating dairy, and therefore casein, go beyond better gut health in people with ASD? In one research study, children with autism who were put on a dairy-free diet for six months saw tangible improvements in language, cognition and behavioral capabilities compared to a control group. Another paediatric study found “a marked improvement in the behavioural symptoms of patients” with ASD after eight weeks without dairy.

However, the jury is still out as to whether a casein-free diet can definitively deliver improvements to ASD symptoms or whether its benefits are generally limited to maintaining a healthy gut. Two recent systematic reviews by the American Academy of Pediatrics concluded that eliminating casein, and gluten for that matter, was not likely to help in the overall treatment of ASD. Another study said further research was needed. Nonetheless, the consensus is that as a whole avoiding pro-inflammatory foods is important for anyone with ASD.

The other protein that’s well known to trigger systemic inflammation is gluten. Occurring in wheat as well as oats, barley, rye and some other grains and flours, gluten can be tricky to avoid. Here’s a full list from the Celiac Disease Foundation. Gluten-free diets have successfully impacted behaviour in people with ASD, though much like casein, the research has not come up with a conclusive answer yet.

Nonetheless, a increasing amount of supporting evidence from caregivers and integrative practitioners has made the GFCF diet a popular intervention for people with ASD. And the good news is that there are lots of resources available for families that want to try the GFCF protocol. The Canada-based Autism Awareness Centre has guides to the benefits the diet can bring to people with ASD, summarising the known science into practical lessons and recipes. But strict compliance to the diet is vital to the quality of results, so if you give it a go, make sure you give it your best.

One important issue to look out for is that it can be difficult to make sure the person undertaking the GFCF protocol gets enough protein, amino acids, whole grains, calcium and other vitamins, which are often sourced from bread and dairy in Western diets. This makes it important to find ingredient replacements or vitamin supplements that meet these nutritional needs if swapping out foods.

Beyond GFCF diets, other eating protocols have received attention. Due to the increased incidence of inflammation in the gut of people with ASD, the highly anti-inflammatory ketogenic diet, which avoids all grains and sugar and minimises carbohydrates in general, is gaining traction in the community. Sugar is a significant inflammation trigger, and children with ASD who also experience GI distress have poor metabolism of sugars and carbohydrates in general. Interestingly, a medical study out of Hawaii makes the claim that “a modified gluten-free ketogenic diet...is a potentially beneficial treatment option to improve the core features of ASD and warrants further investigation.” To note is that a standard ketogenic diet, while heavy on protein, permits dairy, though it’s not compulsory. The Mediterranean Diet is also touted for its anti-inflammatory qualities, but the protocol behind it is less precise than other interventions.

One other dietary intervention that’s been receiving attention is the Low Glutamate, or Reduced Excitatory Inflammatory Diet (REID). The basic premise of the diet is the fact that children with ASD have a glutamate/GABA imbalance in the brain, leading to excessive amounts of free glutamate, a common amino acid, in the brain. This causes excitotoxicity and inflammation and can lead to a whole host of symptoms, many of which occur on the autism spectrum. Many foods, including casein and gluten, contain glutamate, so eliminating them from your diet lowers the incidence of free glutamate in the brain. This is where REID comes in. Here is a detailed layman’s explanation of the neurochemistry involved and which foods are the worst culprits.

GI issues in people with ASD could prove to be a correlation rather than the cause of many behavioural symptoms. Nonetheless, if elimination diets at least bring relief from chronic digestive issues and discomfort many may decide they’re worth trying.

Food for the Brain, a UK foundation focussed on diet and mental health, has a guide to top-line nutritional interventions known to positively impact people with ASD. The guide includes useful “key actions” for each intervention, explaining what foods to include or exclude from meals. For example, an increase in Omega 3 fats is recommended for people with ASD as essential fat deficiencies are common in this group. In response, a key action is to eat fish twice a week and flax or pumpkin seeds daily.

There’s a lot of information affirming the benefits of elimination diets for people with ASD, with libraries full of articles and studies talking about positive results from nutritional interventions. While this is all excellent food for thought, it can be overwhelming when it comes to getting a meal ready for the family that ticks all the diet boxes.

I would like to start the GF/CF diet with my child who has autism. Where do I begin?
https://autismawarenesscentre.com/like-start-gfcf-diet-child-autism-begin/

What are the sources of gluten
‍https://celiac.org/gluten-free-living/what-is-gluten/sources-of-gluten/

The most common nutrient insufficiencies in children with ASD
‍https://www.ncbi.nlm.nih.gov/pmc/articles/PMC4536585/

How diet impacts ASD: What to eat and what to avoid
‍https://www.joinsprouttherapy.com/studio/autism-and-diet/what-to-eat-and-avoid